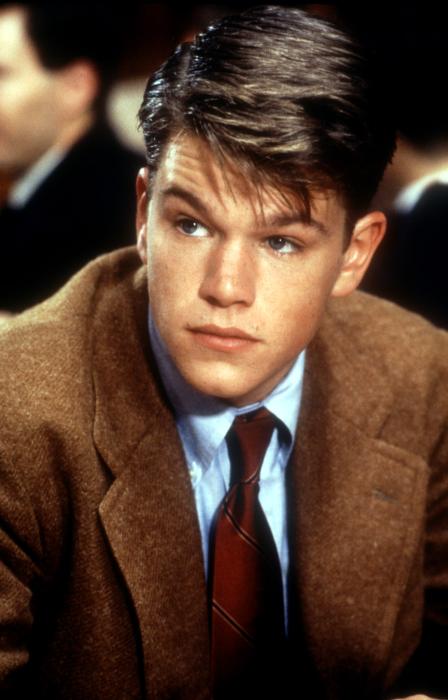 Charles "Charlie" Dillon is one of the main characters of the 1992 film School Ties and is also the main antagonist. Dillon is a senior at St. Matthew's Preparatory School, a halfback on the football team, and the most upper-class student in the school. He is the younger son of Grayson Dillon Jr. and Jane Dillon and the younger brother of Grayson "Gray" Dillon III. He is also one of the class prefects and roommate of head prefect Rip Van Kelt.

Dillon initially shows a slight level of apprehension at David Greene's arrival to St. Matt's, describing him as "the first ringer St. Matt's has ever hired", but quickly warms up to him as time goes on, even forming a close friendship with Greene as well as admiring his ambition. Dillon, however, continues privately to harbor resentment at this situation; he is passed up to play quarterback in favor of Greene, watches as his older brother achieves success he does not appear to attain, and ultimately, loses the affection of Sally Wheeler to Greene (Sally attesting that her and Dillon were never romantically involved).This culminates in Dillon turning on Greene and revealing to the class that Greene is Jewish, almost immediately after Cal Reynolds inadvertently divulged this information. Dillon is afterwards at the forefront of the bullying of Greene.

Dillon gets increasingly disillusioned from school in the following weeks and presumably due to not studying, attempts to cheat on his history test by making a cheat sheet out of Rip Van Kelt's notes. Dillon appears to have cheated through the test without a hitch (though both Greene and Van Kelt saw him cheat). However, when he drops his cheat sheet while leaving the class, Mr. Gierasch finds it, and later informs the class that he knows someone cheated, and will fail the section if the cheater is not identified. Greene confronts Dillon and tells him he knows he is the cheater. Greene says that because he "can't let the whole section fail", he will come forward with this information unless Dillon confesses. The following day, Dillon appears to be about to confess, but claims the cheater was Greene. The class must then decide which person is telling the truth.

Dillon is ultimately identified as the cheater when Rip Van Kelt comes forward, affirming that Dillon did in fact cheat. Van Kelt and Greene are exonerated from wrong doing but Dillon is expelled. Dillon is last seen when David leaves the headmaster's office, in the back of his family's Cadillac limo, which stops, he rolls down the window and tells Greene that he will "still get into Harvard" and that "in 10 years nobody will remember this." But Greene will still be a Jew, and David responds that Dillon will still be a prick, and walks off, and Dillon's limo drives off.

Retrieved from "https://school-ties.fandom.com/wiki/Charles_%22Charlie%22_Dillon?oldid=4202"
Community content is available under CC-BY-SA unless otherwise noted.